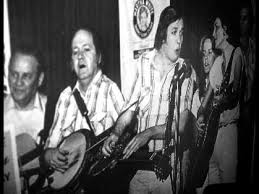 HUBERT DAVIS (AND THE SEASON TRAVELERS)