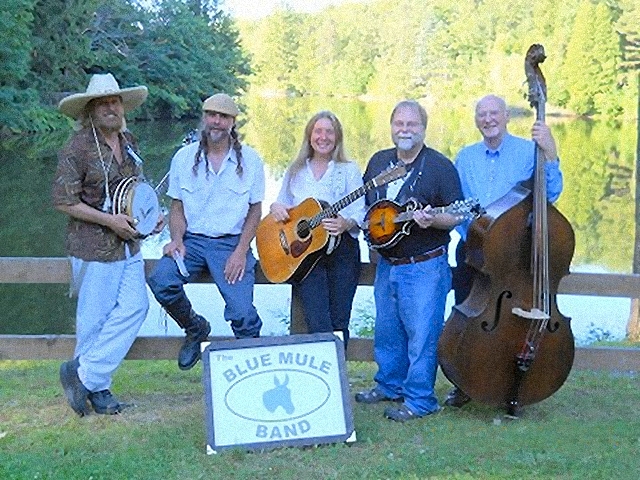 From Roanoke, Virginia.
Formed in 2003.
Took their name from the Peter Rowan song “Blue Mule” (which he recorded with Muleskinner and Old & In the Way).
Band members include Tom Ohmsen (mandolin), John McBroom (bass), Tim Rhodes (banjo), Eli Williams (guitar).
Besides traditional bluegrass, they play “BlueJazz, BlueRock, BlueCountry and BlueBlues.”
Ohmsen is owner of Flat Five Recording Studio and has authored several instruction books for guitar and mandolin.
2005, released first CD “Enter the Mule”
2008, released “Scratchy.”
2013, released “This Way or That?”