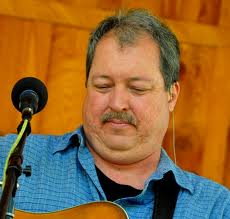 RUSSELL MOORE (AND IIIRD TYME OUT)