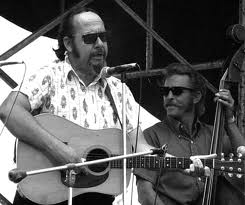 CHARLIE MOORE (AND HIS DIXIE PARTNERS)