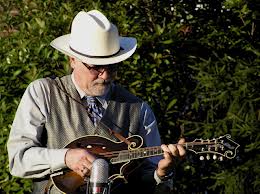 BUDDY MERRIAM (AND BACK ROADS)