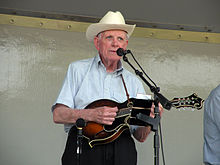 MAC MARTIN (AND THE DIXIE TRAVELERS)