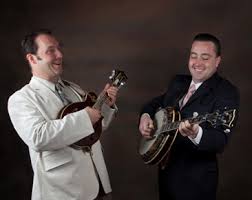 FELLER AND HILL (AND THE BLUEGRASS BUCKAROOS)