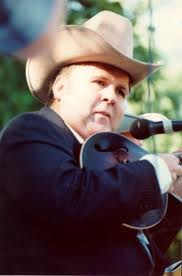 BUZZ BUSBY (AND THE BAYOU BOYS)