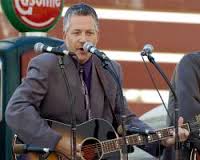 GARY BREWER (AND THE KENTUCKY RAMBLERS)