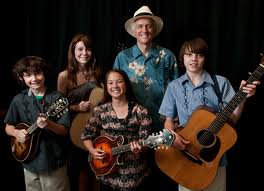 THE TUTTLES (WITH A.J. LEE)