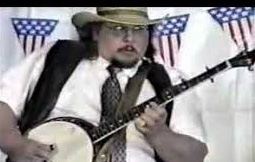 JACK SANBOWER (AND THE NO LEEWAY BAND)