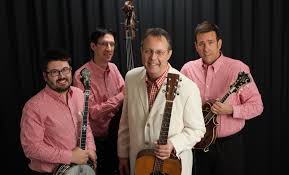 JAMES REAMS (AND THE BARNSTORMERS)