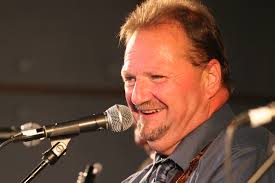 DANNY PAISLEY (AND THE SOUTHERN GRASS)