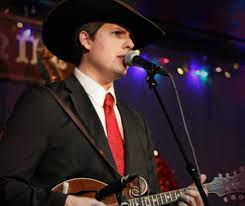 CHRIS HENRY (AND THE HARDCORE GRASS)