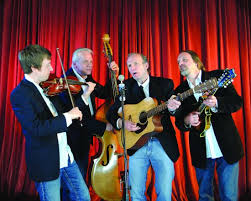 JIM GAUDET AND THE RAILROAD BOYS