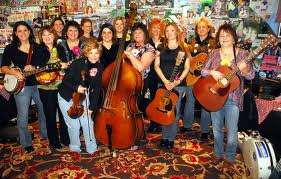 THE DAUGHTERS OF BLUEGRASS