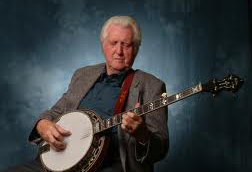 J.D. CROWE (AND THE NEW SOUTH)